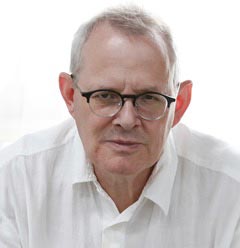 Thom Palmen is one of the founders of the Umeå International Film Festival in Umeå Sweden in 1986. Artistic Director from 1996 until 2007.

Initiated and developed the 72-Hour Short film competition where 20 teams from all over the world participated in the production of 20, 7 min short films.

His first film as producer, In the Theme (director Olga Popova, Russia) was selected and awarded at the Berlin Film Festival (Berlinale) Shorts in 2008.

Worked as pitching coach for young animators at VAF (Visegrad Animation Forum in Trebon, Czech Republic) and on a regular basis as tutor for a large number of short film projects of any genre.

Since 2018 General Manager of the Tampere BootCamp, an international training course for young filmmakers. 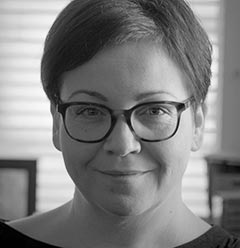 Born in Prešov, Czechoslovakia (modern day Slovakia) in 1975. In 2001 she graduated with a Masters degree in Film Studies from the Academy of Performing Arts, Film and TV Faculty, in Bratislava, Slovakia. With more than 20 years of experience, she has worked for several international film festivals (Slovakia, Sweden, Indonesia) at various positions, but has also been in charge of production at different cultural events in Slovakia.

Her main focus for the last 13 years was film festival programming and programme coordination. She lives in Stockholm. 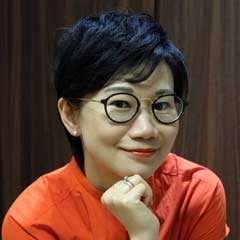 Before moving to Australia in 2010, she worked at the Hong Kong Film Archive for seven years in areas of publication editing, venue management and program co-ordination during which she assisted in editing several publications on Hong Kong Cinema. She is a member of the Hong Kong Film Critics Society and Network for the Promotion of Asian Cinema (NETPAC). 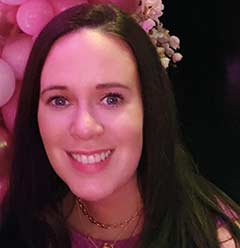 Sabrina is a Lispole native who has recently returned to the area. Sabrina studied Business in the University of Limerick and has worked on global scale order to cash transformation and integration projects, mainly in the pharmaceutical industry. Sabrina has spent time in Australia and more recently London where she lived for almost 9 years. 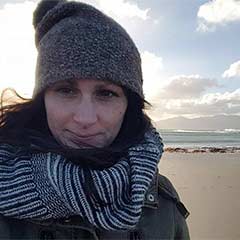 Triona is our staff member in charge of ticketing.

Tríona is a Dingle native with over twenty years experience of in freelance music & event promotion. Through her company, Beo Binn Live, she has organised numerous different music events in Dingle. She co-founded and managed the highly successful ‘Pantrí Café’ in Dingle for four years. Triona will take an administrative position at the festival. 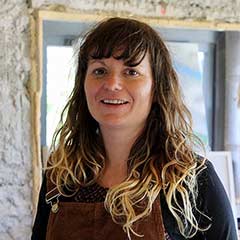 Áine Ní Chíobháin is an artist with family roots in Corca Dhuibhne.  She has an Honours Degree from Crawford College of Art and Design, Cork City. Her artwork is found in many public and private collections. She is a recipient of numerous awards including bursary awards, project awards, and residency awards.

When she is not making art she likes to programme events and produce creative projects.  She has worked as a creative producer on music videos, books, TV programmes, mojo journalism projects, art exhibitions, murals, concerts, hip-hop releases, set design, and locations for film.  When she is not working she likes to walk her dog on the beach, go to cultural events and speak Irish.

These are the names of the people making history. Like the pioneers they came first. They believed this project could launch from the very beginning. A big thanks
to you all who made this festival possible.

These are the names of the people making history. Like the pioneers they came first. They believed this project could launch from the very beginning. A big thanks to you all who made this festival possible.

Stay in the Loop