Each year we will host two seminars per day from leading experts in the industry, each for up to 300 attendees. Examples of areas that will be covered: Direction, Production, Camera, Sound, Lighting, Set Design, Script Writing, Casting, Costume design etc. 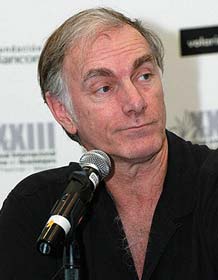 Eminent director John Sayles, Lone Star, Eight Men Out, The Brother From Another Planet, Matewan & Amigo will be presenting a workshop from 09:45am – 12:45pm on Saturday 12th November.

John will talk to actors or people interested in becoming actors. There will be a Q&A at the end of his talk.

John Sayles is an American independent film director, screenwriter, editor, actor, and novelist. He has twice been nominated for the Academy Award for Best Original Screenplay, for Passion Fish (1992) and Lone Star (1996). His film Men with Guns (1997) was nominated for the Golden Globe for Best Foreign Language Film. His directorial debut, Return of the Secaucus 7 (1980), has been added to the National Film Registry. 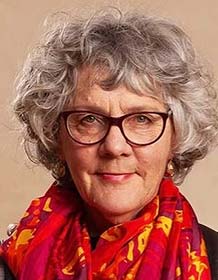 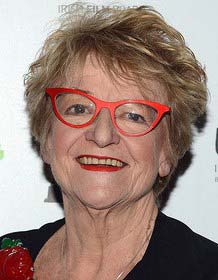 In the afternoon from 2pm – 5pm Film Producer Maggie Renzi, Casting Director Ros Hubbard, Talent Agent Lorraine Brennan, Talent Agent Josh Muldoon and Spotlight’s Claire McGinley will give the nuts and bolts of being in the business, particularly aimed at actors who are the centre of the industry. The team will present the nuts and bolts of acting and try to give you help with acting as a career, getting an agent, self-tapeing, coping with rejection, dealing with fan mail, staying sane.

Maggie Renzi is an American film producer and actress.

For John Sayles, Maggie Renzi has produced Lianna, The Brother from Another Planet, Matewan, City of Hope, Passion Fish, The Secret of Roan Inish, Lone Star, Men With Guns, Limbo, Sunshine State, Silver City, Honeydripper, and Amigo. In 2000, Maggie was one of the producers of Girlfight (2000), the award-winning first feature made by Karyn Kusama.

In addition to mastering the highly specialized craft of producing thematically ambitious films on small budgets, under often adverse conditions, Renzi has made key creative contributions to many of Sayles’ films.

Ros Hubbard was born in Dublin.

She is a Casting Director for over 30 years and is known worldwide for the work she has done. She has over 150 credits to her name as a Casting Director. She is responsible for bringing actors like Colin Farrell, Jonathan Rhys Myers and Kate Winslet to our screens. Ros now lives in Dingle, Co. Kerry. 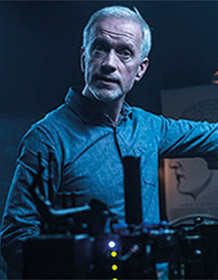 We are proud to have Owen holding a one day Master Class at this years festival. This event is broken down into two parts. The morning session will be a theoretical talk guiding the audience through basic lighting and creating tone, camera operation, composition, visual direction and many more aspects of the craft. In the afternoon a practical and realistic scene will be created with the help of some actors.

Owen McPolin is from Co. Kerry, Ireland and a member of the Irish Society of Cinematographers. He began his career shooting drama for BBC, ITV and Channel 4 and is more recently known for his work on Foundation, Shadow & Bone, Vikings, Penny Dreadful and Deadly Class. Recognised for his work with three IFTA Nominations, HUGO Award, Royal Television Society Nomination, BAFTA Nomination, and BAFTA Cymru Award. 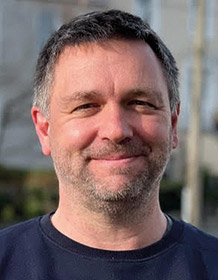 The Art and Science of Grading - a talk with Eugene McCrystal

Although Eugene initially started off as an Online Editor he has now become one of Ireland’s leading colourists. He is also responsible for technological breakthroughs and innovations at his company Outer Limits Post Production.

Eugene has been working in the broadcast and film industry for over 20 years.  He has worked in London (Carlton, Molinare), Rome (Orbit) and various post houses in Dublin. His company Outer Limits Post Production has since worked on numerous productions for Amazon Studios, Netflix, BBC, Hulu, History Channel, Channel 5, and RTE to name a few.  Most recent jobs include: 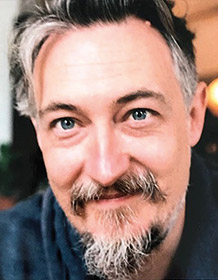 The Art and Science of VFX - a talk with Andy Clarke

OL’s VFX Department was set up in 2015 to offer domestic and international clients a wider range of service. It is headed by Andy Clarke. Andy has over 20 years of experience in animation and VFX.

After graduating from the National Film School in Dublin in 1999, Andy directed music videos for local and international acts. He then focused on visual effects leading him to become VFX supervisor on TV and feature film projects, including John Crowley’s Oscar nominated Brooklyn. Since joining OL, Andy and his team have worked on Michael Inside (Dir. Frank Berry), Wildfire (Dir. Cathy Brady), Normal People (Dir. Lenny Abrahamson), Sacred Sites of the World (Smithsonian Channel) and The Titans that Built America (The History Channel).

Andy has a thorough knowledge of every aspect of the VFX industry – allowing him to take projects from initial consultation & planning through to on-set attendance and right to final.

Come and meet Andy Clarke for a lecture at the Dingle Skellig Hotel on Sunday, November 13th from 2 to 5pm.

These are the names of the people making history. Like the pioneers they came first. They believed this project could launch from the very beginning. A big thanks
to you all who made this festival possible.

These are the names of the people making history. Like the pioneers they came first. They believed this project could launch from the very beginning. A big thanks to you all who made this festival possible.

Stay in the Loop